Skip to content
In football, it’s all about making the big catch. But, this was one football that should have been dropped.
In a January 23 rd Divisional Playoff game between the Tampa Bay Buccaneers and the Los Angeles Rams, legendary Buc’s quarterback, Tom Brady, threw a late touchdown to receiver Mike Evans. As is his tradition, Evans threw the ball into the crowd. However, since the Bucs went on to lose that game and no one knew at the time that Brady was considering retirement, that ball turned out to be the last touchdown of Brady’s career.

Very little attempt was made to retrieve the ball by authorities with the team because it wasn’t registering at the time that this might be Brady’s final touchdown pass. For his 600th career touchdown pass, also caught and thrown into the stands by Evans, the team made a trade with the fan that caught it and returned the ball to Brady.
The lucky fan who caught the final touchdown pass football on January 23rd sent it to Lelands, the New Jersey based auction house. On March 12th , the ball sold for $518,628. But, less than 24 hours later, Brady announced he was coming out of retirement to play another season.
A CPA member would certainly have to rework their valuation of the item if Brady indeed returns to active play. The value of nearly $700,000 CDN would certainly drop to well under $100,000 CDN as we would be expecting many more touchdown passes in the career of Tom Brady. The only reason the value
would stay that high is because of the story’s notoriety.
But who knows? Brady may change his mind again and go back into retirement. For the winning bidder of this football in the Leland’s auction… he should have let this one go through his hands. 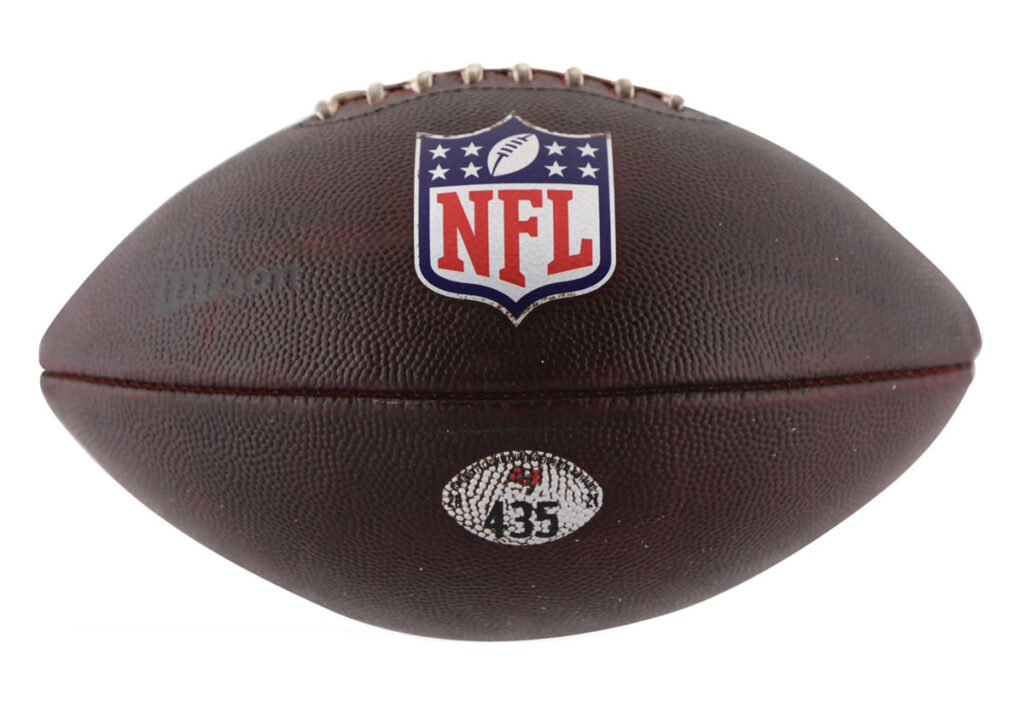